» » World of Retards (a.k.a World of Tanks) main features

World of Retards (a.k.a World of Tanks) main features

23 Jan 2023 - Posted in Uncategorized by atheistbg

World of Tanks, or as I like to call it - World of Retards, main features:

• Braindead imbeciles with the IQ of a single cell organism. I could say "with the IQ of a vegetable" but that would be an insult to all vegetables. 99% of the time the game's matchmaking system puts you in a team of the aforementioned imbeciles. I recommend those imbeciles to go play barbie or tetris, since both don't require the presence of brain.

• Cheaters. FartGaming (or WarGaming, if you will) till present day keeps claiming there are no cheats for this game, when in fact they're the ones developing the most used cheat mod for WOR. It's called OGRE and its website is www.b4it.org. The last time I checked it, the price was $100 for a lifetime use or $10/month. It includes an aimbot which can shoot a mosquito's eye from 500 meters when the said mosquito flies at its top speed. Therefore it doesn't matter how thick armor you have, the enemy will always penetrate it and deal damage. I also said that FartGaming was developing this cheat mod and I found that out long time ago, when the cheat mod was still fresh like a bread and not everyone had it. I had seen videos of it and once, while I was updating the mods I used back then, I noticed a folder inside the game directory. That folder was of unknown origin and with some weird DDS files in it. When I opened these DDS files, I saw the same things that I saw on the cheat mod video - tall blocks that indicate vehicles outside the maximum view range (yellow circle on the minimap). I thought that maybe I had copied that folder from somewhere else by mistake (it's happened to me before with other stuff), so I deleted that folder and ran the game launcher. Suddenly the launcher decided that files were broken, checked their integrity and downloaded something. I went back into the game directory to see which files are new and guess what! That folder I had previously deleted was back! Which means only one thing! FartGaming are the actual developers of the cheating mod (b4it+OGRE Ninja).

• Gold noobs. World of Retards thrives on the braindead noobs who don't know how or where to aim at an enemy tank, so they always use the so called "gold ammo". It's called like that bc for a long time the only way to get that ammo was to pay gold (gold is a form of currency purchased by real money). Later FartGaming made it purchaseable with silver (the regular currency which can only be obtained by going into battle) but now the price of this ammo is so high, that if you don't wanna bankrupt, you gotta pay gold to buy more silver. So technically, the gold ammo remains gold, only it's not that obvious. Unfortunately the braindead single cell organisms are too dumb to realise that and keep pouring buckets of money weekly to have silver.

• Cheating gold noobs. That's the worst combination against which you have 0 chance of surviving.

• Sci-fi. Total and complete science fiction! Not a single thing is realistic in this game! You have shrinking circles which if they don't shrink, the shell goes wherever it wants just not wherever you were aiming at. The vehicles have this feature called "dispersion per 100 meters" which means that the higher its number is, the less likely it is for the shell to hit the target. In theory the lesser the number - the better and more accurate. But in reality that number is the chance for the shell to miss its target. Some vehicles (like heavy tanks and artilleries) have dispersion of 0.60. Which means that there's a 60% chance (or more) for the shell to go to Mars, instead of hitting whatever you're aiming at. The aforementioned cheat mod also improves accuracy by so much, that it doesn't matter even if your vehicle has the worst possible dispersion (1.09 per 100 m). With that cheat mod you will ALWAYS hit the enemy at their weakest spot! Also, that cheat mod offers something else. Normally in the game an enemy vehicle has to go scouting and spot any vehicles of your team, so that the enemy can shoot at your teammates. But with that cheat mod that's no longer necessary. For an additional price you get a mod which allows you to see shadows of all enemy vehicles where they are on the map, so you no longer need anyone to spot them. The only way for your shell to hit its mark is if you pay FartGaming a bucket full of money every week or even better - every day. The more you pay, the more accurate your shells will be, no matter what dispersion it has.

• Greed. The Russian greed is slowly killing the game and I'm eagerly waiting for the day when they announce they're shutting down the servers. Because FartGaming's motto is this: 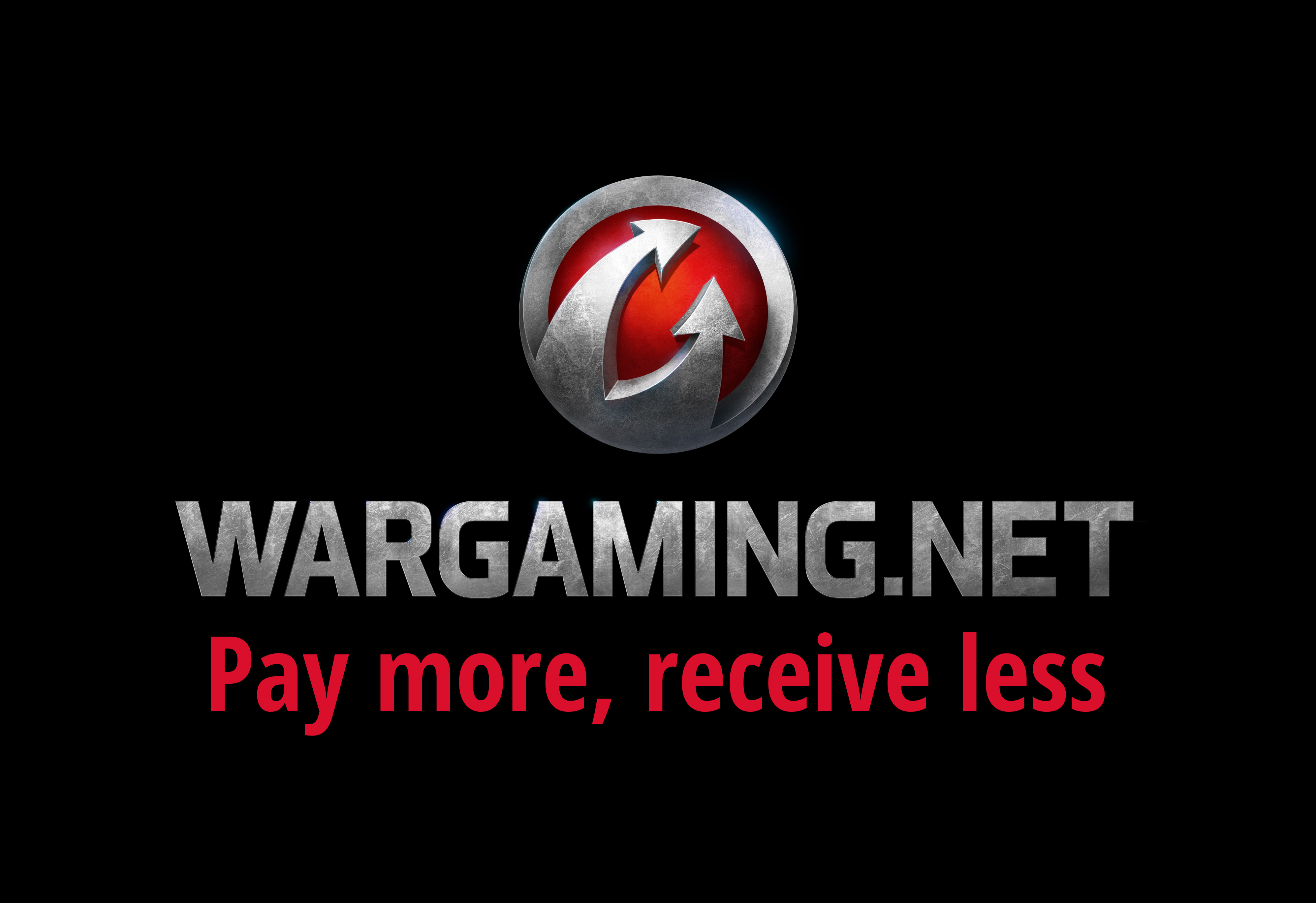 • Rigged battles. At least 4 times a week there's a day of rigged battles where ONLY those who have paid enough will win. Their vehicle might 10 meters from yours but since the battle is rigged, your shells will never penetrate, even vehicles made of paper (thin armor) and/or they will always fly somewhere else, just not at your mark. When these rigged battles, it doesn't matter if the camouflage of your vehicle is 70% or just 7: they can spot you from a mile away! ALWAYS!

And that's why I'm done with this game and I'll resume playing single player games where there are no cheaters, no greedy Russians to hinder the development of my profile or to rig anything. FartGaming can enjoy whatever I've paid them so far because it's the last I'll ever pay them again! They can take these days of premium account they gifted to me and shove them up their greedy asses!

World of Retards (a.k.a World of Tanks) main features

World of Tanks, or as I like to call it - World of Retards, main features:...

END_OF_DOCUMENT_TOKEN_TO_BE_REPLACED

Imbeciles of the century - the Viber developers

I tried to install Viber on Arch Linux in order to see if it got any...