» » ANALysis of 3 of the 10 commandments (English version)

ANALysis of 3 of the 10 commandments (English version)

13 Mar 2021 - Posted in Uncategorized by atheistbg

"• I am your god, you should not have any other gods but me. • Don't idolize what is in the sky, down on the Earth, in the water or under the ground."

If you ask any religiturd "Where is your god?", they'll say "He's everywhere". Which means their god is in the water, under the ground, down on the Earth and in the sky. Which means only one thing: the Greatly Overrated Douchebag (meaning G.O.D.) tells you not to worship any of the things he mentioned in the first commandment. But he's also the one who lives in the sky and is present in everything else, so he's basically telling you not to worship him either. Therefore, god is an atheist and he himself doesn't believe in himself. 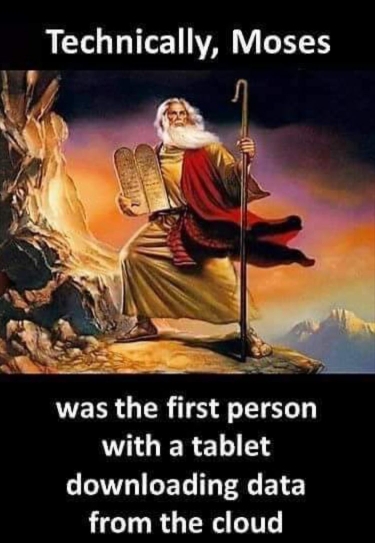